The Alexandre III Bridge is certainly one of the most beautiful bridges in Paris, and also the most emblematic. Of all the photographs I have been able to make of the capital, the latter's photographs are probably the most numerous. I am always amazed by its architecture, as well as by the richness of its decorations. It is often at dusk that I like to take pictures. Indeed, the 32 candelabras that illuminate the bridge give it a real magic. I also enjoy strolling around, especially on the riverbank lanes. Both shores have been a UNESCO World Heritage Site since 1991.

The Alexandre III bridge crosses the Seine and connects the 7th and 8th arrondissements of Paris. Nearby are the Invalides on the left bank of the Seine, and the Grand Palais as well as the Petit Palais on the right bank. The Place de la Concorde and the Champs Elysees avenue are just a few hundred metres away, making the bridge an interesting central starting point for a photographic walk.

The Alexandre III Bridge was inaugurated on April 14, 1900 by the President of the Republic Emile Loubet, on the occasion of the Universal Exhibition in Paris. It symbolizes Franco-Russian friendship, and it is Tsar Nicholas II of Russia who will lay the foundation stone on October 7, 1896. It has been listed as a historical monument since 1975.

Due to traffic problems at the time, the construction of a new bridge was planned around 1880. May 28, 1897 marks the beginning of its construction. Its design and construction are entrusted to architects Joseph Marie Cassien-Bernard and Gaston Cousin and engineers Jean Résal and Amédée Alby. The bridge consists of a moulded steel arch of 107 meters (the total length of the bridge is 160 meters), and a width of 40 meters. 17-metre-high pylons are located at all four ends of the bridge. Bronze fames adorn their peaks. The Alexander III Bridge was renovated in 1998.

You can click on the thumbnails to enlarge the images. 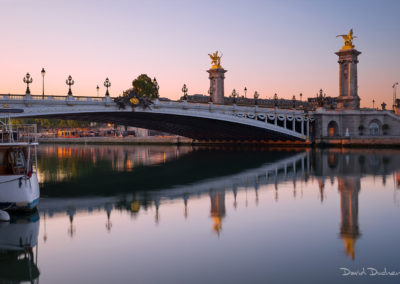 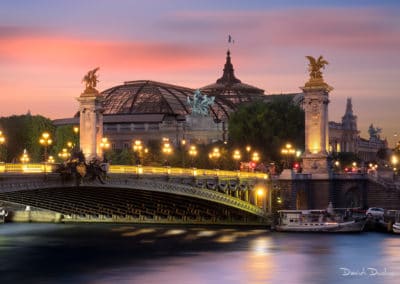 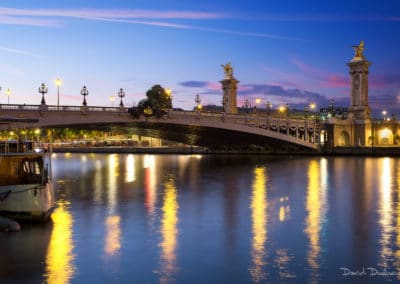 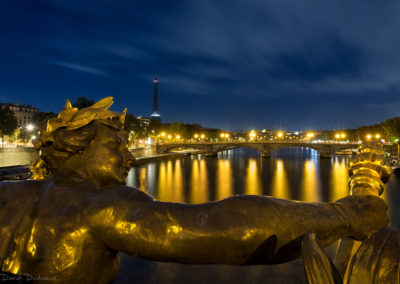 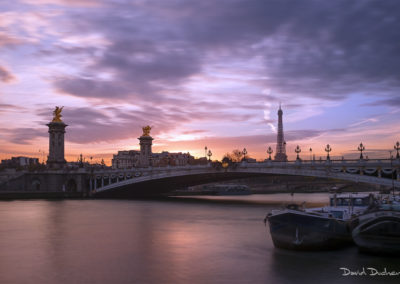 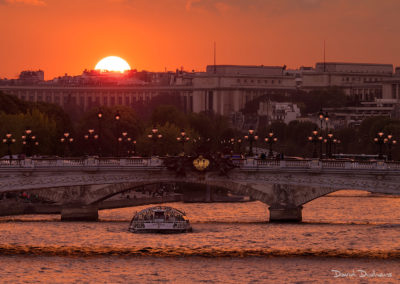 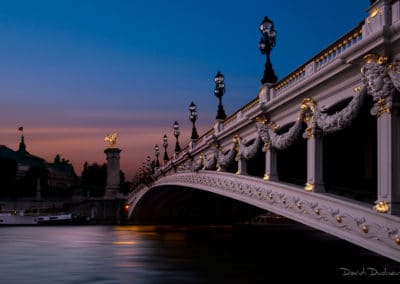 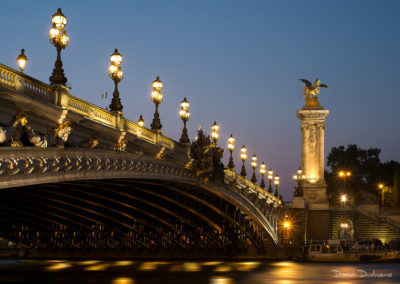 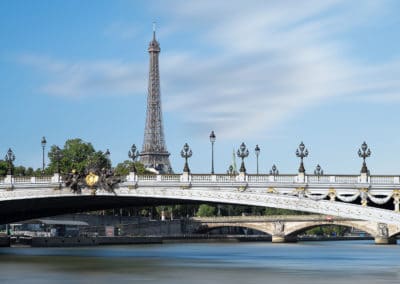 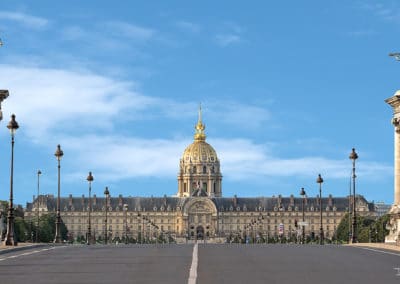 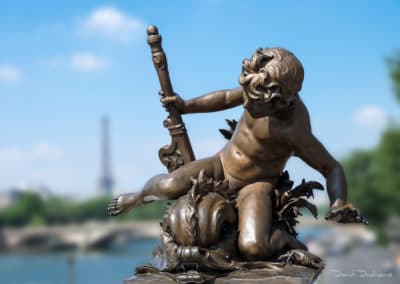 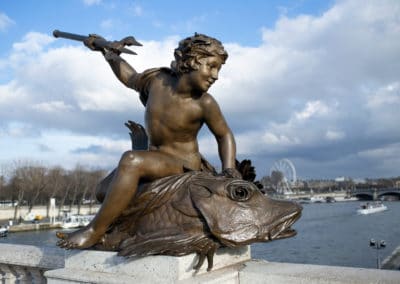 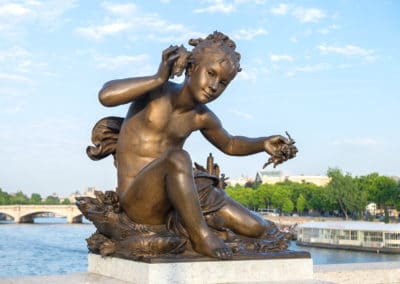 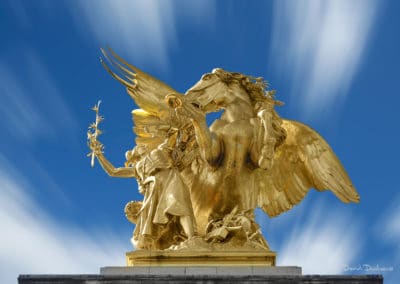 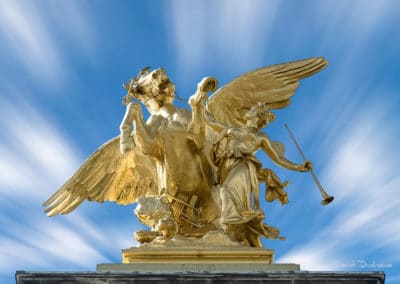 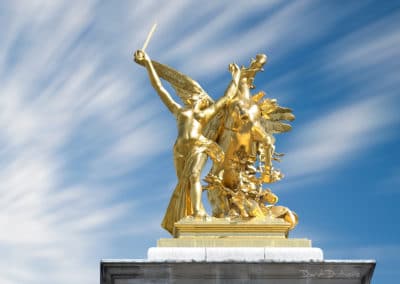 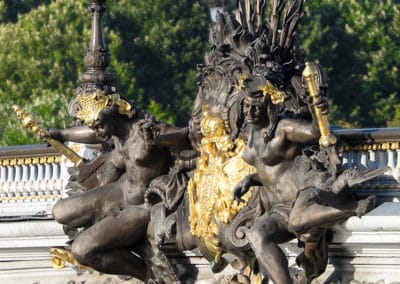 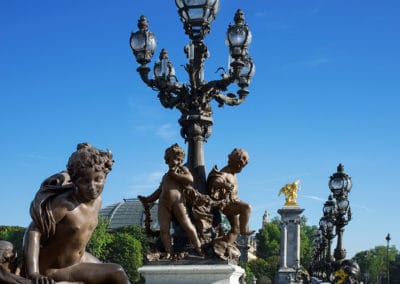 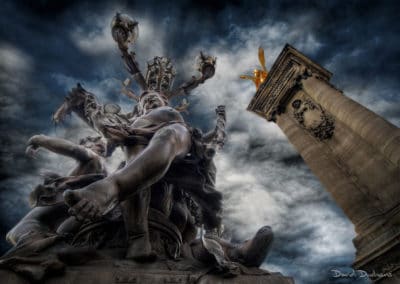 This site uses Akismet to reduce undesirables. Learn more about how your comments data isused.

Check out my brand new Photoshop course on interior photography!

This website uses cookies to enhance your experience when browsing the website. Of these cookies, the cookies classified as necessary are stored on your browser as they are essential for the operation of the basic functionality of the website. We also use third-party cookies that help us analyze and understand how you use this website. These cookies will only be stored in your browser with your consent. You also have the option to disable these cookies. But disabling some of these cookies may affect your browsing experience.
Necessary Always on
Necessary cookies are absolutely essential for the proper functioning of the website. This category includes only those cookies that ensure the basic functionality and security features of the website. These cookies do not store any personal information. cookielawinfo-checkbox-non-necessary cookielawinfo-checkbox-necessary viewed_cookie_policy
Not required
All cookies that may not be particularly necessary for the operation of the website and that are used specifically to collect personal data from users via analytics, advertisements and other embedded content are called unnecessary cookies. It is mandatory to obtain the user's consent before running these cookies on the website.
Statistics
_ga This cookie is set by Google Analytics. The cookie is used to calculate visitor, session, campaign data and keep track of site usage for site analysis reporting. The cookie stores information anonymously and assigns a number to identify unique visitors. _gid This cookie is set by Google Analytics. The cookie is used to store information about how visitors use a website and helps create an analytical report of how the website is performing. The data collected, including the number of visitors, the source they came from and the pages visited in an anonymous form. GPS This cookie is set by YouTube and records a unique identifier to track users by location
Performance
YSC These cookies are set by Youtube and are used to track views of embedded videos. _gat These cookies are set by Google Universal Analytics to limit the rate of requests in order to limit the collection of data on high traffic sites.
Marketing
_fbp This cookie is set by Facebook to serve ads when they are on Facebook or a Facebook ad-powered digital platform after visiting this website. en The cookie is set by Facebook to display relevant ads to users and to measure and improve ads. The cookie also tracks user's web behavior on sites that have a Facebook pixel or Facebook social plugin. IDE Used by Google Double Click and stores information about how the user uses the website and any advertising before visiting the website. This is used to show users ads that are relevant to them based on user profile. VISITOR_INFO1_LIVE This cookie is set by Youtube. Used to track information about YouTube videos embedded on a website.